The oracular consultation is a performance art

Oracle is any game, opened under the sign of chance, which is structured and speaks according to its own grammar and is about luck and its vicissitudes.

Who asks, who answers, who translates.

Who asks is the moon.
The tool that delimits the answer is from Mars.
Who translates is Mercury.

The machine remembers that there is a way to operate the machine.
The oracle is machine that threshes senses, arms the grenade, separates the chaos of the lynx.
The oracle is metric, rhyme, media – it’s the maze and the thread of the narrative.
Its main blade is the analog
The following sentence has been written on your metal:
Bad omens is not prognosis.

It has an obligation to master the analog machine, the art of correspondence.
The translator joins those who once gave their lives and wounded themselves in the reflection of the knives of Mars.
Tradition refers to the modus operandi of those who once traversed this same road.
Mercury is the bridge between the Moon and Mars and Mars has its secrets there with Hades.
The person of the oracle translator does not exist, at least this is his quest, his Fortune.
He is just the messenger.
Respect for tradition evokes the protection of the spirit of the dead.
Disdain for tradition evokes the indifference of the world of the dead.
Whoever looks into the eyes of the lynx is committed to being faithful to the lynx.
After much use of the tool, an alliance is created with the listening itself and a mark on the knife thread to be left for posterity.
Oracle is listening.
Oracle is the trade of the secrets of translation.
Mercury is between translation and betrayal.
To translate is to be faithful to the lynx’s path.
But before a crossroads, the one who arbiters the path to choose in translation is the interpreter.
When the oracle speaks more of the person of the translator than of the text to be translated, the mystery closes like love when closed in glasses.
There is only determinism where there is no mystery.

The oracular consultation is a performance art.
Performance art: a work structured under the sign of chance, impossible to reproduce.
It has the function of preparing who asks the fate that announces it.
“Between the yes and the there is no vain.”

This is what happens during dramatic action.
You play luck.
In the board or in the skies, an alliance is created between who asks, who answers and the interpreter.
The translator makes use of the analog machine.
You have an obligation to master this knife.
Whoever asks, looks at the mirror.
was born with Ascendant in the Crab, so my life walks behind.”
“- Walk back and forth to move on.”
The logic of correspondence takes us from the farce of the logic of cause and effect.
Breaking the mirror gives seven years of bad luck.
The construction of analog text comes in waves, has rhythm, metric and pain, follows the machine’s gait.
Analogy: as if he did not want anything, gradually spread senses to everything that is side.
The logic of correspondence unites the vital points, forming a constellation of meanings, a web of meanings, to the point of extracting a sliver of light from the blade of the dark.
Destiny is anagram of the word sense, and vice versa.

Reading the oracular text makes a world with words.
When luck is recreated, re-read, it reinvents the world.
He heals the world.
Oracular performance is a co-creation, just as Fate needs Free Will.
It’s a creative act.
Gently creative.
Terribly creative.
And then the translator is invented as a demiurge.

Besides the analogy, the translator uses metaphor, spoken cinema, rupture of belief, saturnine verse and ritual. Oh, and of course, Mercury’s sense of humor. The variation of resources to achieve the purpose of the dramatic function (preparing the person for the announced fate), will depend on the type of the question and the lottery, of course.

Performance is a rite. You do not need to value the scenario. Do not want anything, just enough.
The oracle is already a profane and sacred place.
If the performance reaches its goal, whoever question ceases to be Moon and becomes Fortune.
The machine, in addition to getting dirtier grease, achieves its fortune to be a tool of Fortune.
And the interpreter reaches his ambition, his destiny, his Fortune, to be only the messenger.

After reading the oracle, close it as you close a grave.
Keep the bow.

Care of the oracle (danger icon with machines)

The translator can get intoxicated with Mercury.
Whoever asks may not stop asking.
The machine can jam the wheel with the veils of illusion.

Reading oracles is an art of translation.
An art bandit.
The fire of the gods is stolen.
A bid of data will never abolish chance.

The next step is listening to those who are looking for you. 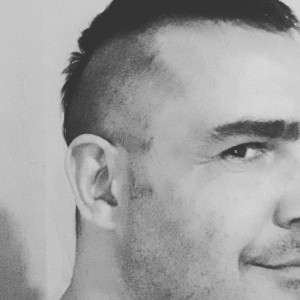